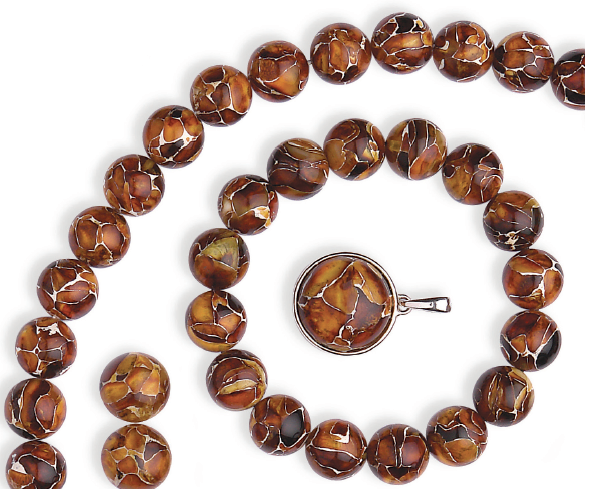 The gleaming yellow gold hue of amber is one of nature’s wonders and one which has been sought after and admired for centuries.

Amber lends itself perfectly to jewellery, being available in large pieces in a wide variety of stunning colours and tones. There is evidence of amber being used in jewellery, amulets and pendants as early as 12,000 BC, and it was extremely popular in Roman times. Indeed it is alleged that the Romans would pay as much for an amber amulet as for a healthy slave.

In the 21st century amber still has wide appeal and is much loved by jewellery designers and jewellery wearers. Here we explore some of the characteristics of amber.

Amber is not a gemstone as such but is essentially fossilised resin. This resin was secreted from trees millions of years ago as their natural defence against damage. Over time the trees fell and were carried down river to the ocean where they became covered in sediment and the resin hardened into amber. It is therefore common for amber to contain ‘inclusions’ such as insects, grit, bark, moss and other natural impurities. Most amber originates from the Baltic coast of Russia, however there are some rare varieties from the Dominican Republic. Amber specimens may occasionally be found on European coasts, washed up after storms having been transported by nature over millions of years.

The ‘feel good’ factor
Amber has long been believed to have powerful healing properties, and research carried out in 1886 and subsequently substantiated in the 20th century shows that indeed this could be the case. When warmed by the skin, amber releases succinic acid, which has natural analgesic, antibiotic and anti-inflammatory properties. Amber necklaces were worn in the Middle Ages to ward off the plague and are worn by babies even now to help soothe teething pain and inflammation, while amber smoke is used in modern day aromatherapy.

Identifying amber
Inevitably with such a sought after material, there are imitations and there are many pieces of so-called ‘amber’ which are not the natural material they purport to be. Simulants could be completely artificial such as glass or plastic, or they could be reconstituted amber, known as amberoid. Currently the most likely substitute is copal, another natural resin but one with different properties which has to be treated in order to achieve the beauty of natural amber.

As a jeweller, and particularly a valuer, it is obviously important to be aware of the properties of the substance in order to identify it properly.

Verifying that an item is real amber can be difficult as the definitive tests are all destructive, which is obviously not a good option when working on a valuation. Expert inspection of the piece is the first priority and then there are some tests that can be carried out on unobtrusive areas of the piece. 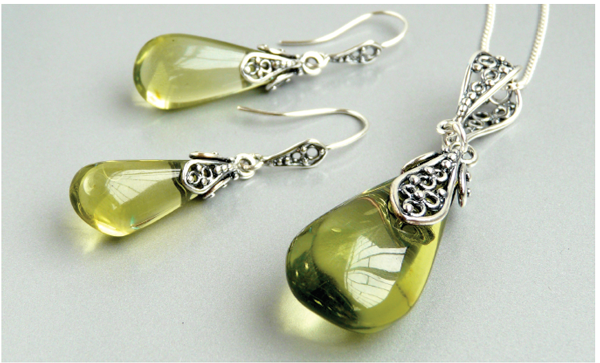 Valuing amber
The value of the piece will depend very much on the quality of the amber. Here colour is a major factor. The intensity of the hue is very important, as strong vivid colours are considered more attractive and therefore more valuable. A rich reddish orange to yellow with very few inclusions and high transparency will command the highest prices, while pale, light colours with many inclusions and high opacity will be much less valuable. Unusual inclusions such as whole insects add to the provenance and unique quality of the piece and will increase the value accordingly.