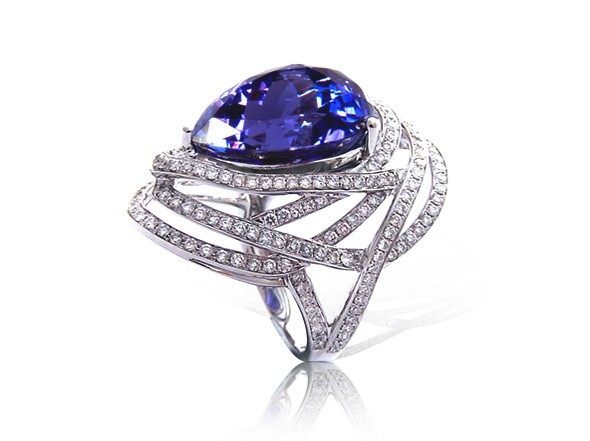 Following on from this month’s special report on insurance, Carla Goodfellow takes us behind the scenes at  Assay Office Birmingham’s independent valuation division, SafeGuard, to learn more about the issues that can arise with insurance replacement.

The buzz of the alarm is silenced and the lights click on. Another day has started at SafeGuard, the independent valuation division of Assay Office Birmingham. Carla Goodfellow, Operations director at Assay Office Birmingham of the clanks open the door of the safe to reveal boxes stacked with rows of large ‘mini grip’ bags, each neatly labelled and barcoded. She pulls out the work carefully, noting dates and special instructions, and prepares for the rest of the team to arrive.

At 9am the peace is disrupted as the phone starts to ring. In its role as valuer for jewellery, watches and silverware, SafeGuard supplies a valuations service to over 1,000 retail outlets. Many of these are provided for insurance and Carla has inadvertently become both an extension of many retailers’ customer services departments and an expert on jewellery insurance.

There is an increasing number of calls relating to issues with insurance companies, and queries arise for many reasons. Valuations can be approached in several different ways and if the customer has not been properly advised, or has not understood what was required, the valuation may prove to be unacceptable to the insurance company. Carla spends hours on the phone every week, trying to help SafeGuard’s customers by unravelling issues.

Carla says: “Recently we have heard of a number of customers who have discovered their insurance policy only covers ‘new replacement value’. If the item is antique, particularly if it has provenance and can only be properly replaced from the antique market, this may mean policyholders end up disappointed because their insurer is not prepared to source an equivalent replacement.

“We urge customers to check their policy and ask their insurers the right questions to ensure they are fully covered and will be permitted to replace their items from an appropriate source. It is sometimes worth paying a little more for a policy that gives you the cover you need and actually want.”

A piece of antique jewellery has a value specifically because it is antique as an entity; has provenance; is fashioned in a particular way; and is set with stones cut in a way that may no longer be in vogue. According to guidelines established by the National Association of Goldsmiths’ Institute of Registered Valuers, such a piece should be valued at antique replacement value. This allows for the fact that the customer would almost certainly want to replace with the nearest antique equivalent, rather than a brand new item, in the case of loss or theft. However, whilst the actual antique value in some instances may in fact be lower, this may prove to be an unacceptably costly replacement route for the insurer, as most receive favourable discounts from some high street retailers, offering a quick, simple and good value route to replacement. This option may not apply to antique retailers. If the specific item is not available as ‘new’ the insurer prefers to provide what it considers to be a reasonable cash equivalent, but sometimes only as a voucher to be exchanged at high street jewellers.

If these are the terms of the policy the insurer may reject the SafeGuard document and advise the policyholder that the ARV valuation is not acceptable. The dispute will inevitably then land on Carla’s desk for further explanation to both the insurer and the customer.

As insurers raise their premiums and policyholders seek the best value product, this is an increasingly common issue, which can often be buried in the small print and is not apparent at first glance. It puts valuers in a difficult position, as professionally they know an ARV is required, but they also understand this may not be accepted. Upon specific instructions from the insured, an alternative approach can be adopted.

It is important that owners of significant items understand the difference between valuations. For example, SafeGuard regularly receives chains of office and other regalia to value. In this case there may be two options. The first and potentially less expensive option is NRV – new replacement value. This allows for a reasonable replacement of a similar chain of office, but not necessarily identical. The second option is a facsimile valuation, where an exact replica must be made. This may require getting quotes for dies to be made, expert enamelling, specialist manufacture etc – all of which can be incredibly expensive. The difference in value will also impact on the insurance premium and the organisations need to be fully aware of their options so they can make a decision before SafeGuard begins the valuation.

Another area of contention is discontinued prestige watches. Such pieces are not always directly replaceable with a new model from the existing range. Valuing older watches where the model is discontinued, and where there is nothing comparable in the range, gives the valuer a big challenge in terms of arriving at a replacement value for insurance, which is fair to both the policyholder and the insurer. The valuer will always try to find a comparable model in the range as NANRV – nearest alternative new replacement. If this is not the case, a second hand figure (SHRV) may be applied.

equivalent, the valuer must ensure that he or she does not fall foul of the principle of ‘betterment’. This can occur when the specification or functionality of the original model of watch is significantly different from the current alternative. A car driver who crashed a 1982 Ford Escort would not expect to have it replaced with a 2012 Ford Focus, even under a ‘new for old’ policy, and the same applies here.

In cases such as these, dialogue and open discussion with the client and his or her insurance company is crucial to ascertain what is expected in regard to the liability in the event of a loss. Most customers believe that their ‘old for new policy’ means they will automatically get a replacement from the same range, even if the only models now available are not comparable and are of a higher specification, but this is not the case. 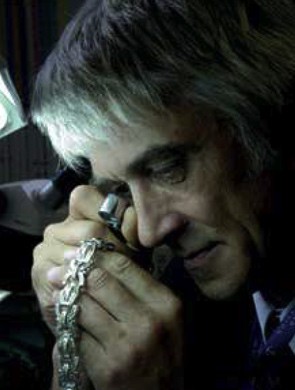 This is often a conversation Carla has directly with the customer, where she will advise him or her to talk to the insurance company to fully understand the policy. If the insurance company is happy to put into writing to SafeGuard that it will replace the customer’s existing watch with a better model, it will be noted as part of the audit trail, and valued according to instruction, but this will be noted in the valuation, and in the valuer’s notes.

In every case, ascertaining that the watch or jewellery is genuine is critical, and taking time to consider a realistic replacement route and then applying a suitable value is key. In complicated circumstances, open discussions with the client and his or her insurer can also be very important. Carla frequently plays a crucial part in this, on SafeGuard’s behalf.

FOCUS ON THE EXPERT

Carla is Operations Director at Assay Office Birmingham.  She was formerly operations director for SafeGuard Jewellery Valuations and AnchorCert, responsible for the day-to-day operation of the jewellery valuation service and the Gemmological Laboratory. Her main objective is to ensure that both of these operations offer customers the best possible service in terms of speed, efficiency and quality of service. Prior to joining Assay Office Birmingham, Carla worked with Gallery and then G & A, part of Abbeycrest Plc.